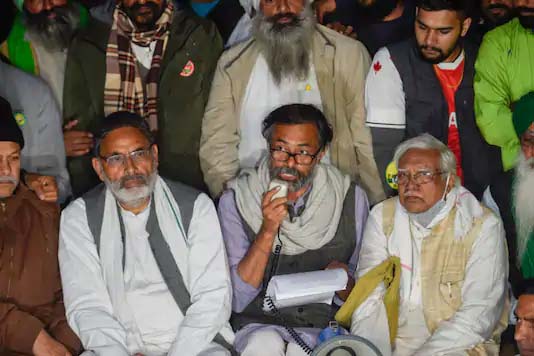 New Delhi: Farmers’ Union responded positively to the letter addressed by Vivek Aggarwal inviting them for talks. The talks are scheduled to be held at 11 am on Monday, the 29th. Vivek, who is joint secretary in the Union Ministry of Agriculture, wrote a letter on 24th December urging the farmers to stop the protest and come for talks with Centre to find a solution. Samyuktha Kisan Morcha, responded positively to the letter but they said they were upset as government is hiding the truth and facts and misrepresenting their demands.

For the next meeting they are prepared with an agenda which includes  repeal of the three farm laws, legal guarantee MSP, and steps to be taken for changes in the draft of ‘Electricity Amendment Bill 2020″.

Farmers have been protesting in the  biting cold for the past 31 days and requested the government not to repeat the proposal of meaningless amendments which were already rejected by them earlier.

All India Kisan Sangharsh Coordination Committee urged the Centre to arrange transport like train so that they can reach the protest point of New Delhi and extend their support to them and the cost of tickets will be borne  by them.

Will the deadlock will be resolved or the protests would be intensified will be known after 29th talks.

Modi Flags off 8 connecting trains to Statue of Unity