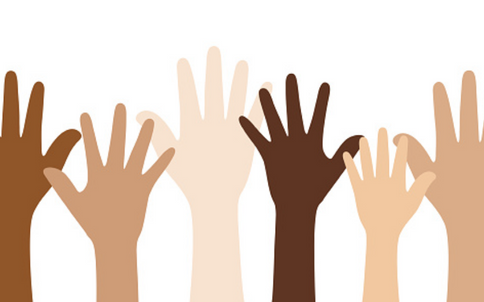 Perhaps Indian History and Sociology’s greatest debate has been the Caste System. There are innumerable theories on its origins, its nature, and its working system, written by various Indian and International Scholars. With modern genetic compositions of various castes being available to us, analyzing it we can answer one of the biggest and most commonly accepted beliefs of caste being based on race and racial supremacy. This article is an attempt to evaluate whether there’s a racial bias in the caste system of the Telugu States historically looking at modern data.

A famous article was written on this subject in the Times of India, by Jug Suraiya shortly after the suicide of RohithVemula which dubbed the caste system as a “Seen in this light, caste has a genetic – rather than just a social or occupational – basis, and as such is fundamentally racist in origin.”1

But Dr. BR Ambedkar himself had quite opposite views of making a caste a thing of “Race”. Dr.Ambedkar believed that the caste system does not demarcate racial division and is a social division of people of the same race.2

The recent genetic data of various Telugu castes available, especially those of upper castes like the Brahmins, Rajus, Kammas etc and that of the “lower” castes tell us that they are a mixture of various races.

In almost all Telugu caste groups, we find the Y DNA haplogroups H (said to be an Indus Valley haplogroup belonging to the “Dravidian race” but is also found in Central Asia), L (which is also believed to be of the “Dravidian race but found in Meditteranean as well), R1a (which is said to be that of the “Aryan Central Asian race” but its oldest clades are found in a scheduled tribe in Madhya Pradesh called Saharia ), G and J2b (which are believed to be of the Dravidian race as well in India, found in tribes and castes ), Q (West Eurasian in origin) and C (which is said to be the haplogroups of the “Austronesians or Australoids” race closely related to the native tribes of Australia found in tribes and castes of India) and even Y DNA O2 (which is of the “East Asian” race predominately found in Northeastern Tribes in India). The Brahmin caste is traditionally perceived to be an upper caste in the system of caste, is a mix of Y DNA H (the Indus Valley Dravidian group), and Y DNA L and J as well as G and R1a. Essentially implying that Brahmins themselves are a mix of various races, of rather various males from various races.3

Similarly in the Telugu Raju Kshatriya caste, we find a similar composition of all the haplogroups mentioned above, but with a minor variation of the Y DNA Haplogroup F (found in a lot of old native tribes with its origins in the Dravidian race), and Y DNA Haplogroup T (found predominately in the Horn of Africa, and in East India again, amongst East Indian tribes too). 4

We also find a similar distribution of haplogroups in the Kamma and Velama castes, as described for Brahmins. We find H, L, F, Q, G, O2 and C.5

Cutting across caste lines and varying in frequencies and percentages, we find the Y DNA Haplogroups of  H, L, R, O, C, T, and Q and G in almost all Telugu castes like Brahmins, Kammas, Velamas, Kapus, Rajus, and STs and SCs and even tribes like Chenchus, Gonds, and Lambadis.6

A mixture of various races

This is where we perhaps must conclude that the caste system is not based on race in the Telugu Land. There be various other sociological reasons for the formation of the caste system, its hierarchy, and its workings. But racial division for sure isn’t one of them even remotely. The line of argument believed by many Indic scholars who say that the caste system was truly and essentially based on ancestral occupation perhaps tallies quite closely with the racial and genetic data we have at hand today.

There’s also an impending danger if one chooses to conclude going against genetic data that caste is indeed race. Racist scholars and academicians have long been trying to create a picture of noteworthy thoughts and concepts that furthered human consciousness, culture and civilization were created by Indians or in India itself. Assigning cultural achievement to “fair skin” or white race or the Europeans has been a common racial bias looking at history.

Also read: The hypocrisy of MIM

If we look at the caste system objectively with genetic data and the distribution of Y DNA Haplogroups and even mtdnahaplogroups. It appears to be clear, that caste is solely based on sociological dynamics, the answer for the formation of the caste system, therefore, lies only in the study of sociology and history explanations at best. And definitely doesn’t have a genetic division.

[1] https://timesofindia.indiatimes.com/blogs/jugglebandhi/the-indian-caste-system-is-based-on-racism/ [The Indian caste system is based on racism by Jug Suraiya]

Studies on the migration and isolation of selected ancient populations of India a non recombinant y chromosome nry stud by Syana, A : http://hdl.handle.net/10603/137860. Ved Aitharaju
Screenwriter By Study. Filmmaker By Profession. And a Columnist By Fealty. To Express The Intricate Threads of This Multiverse. A Scout by Providence Lost in The Boundless Paradox Of Creation.
Previous articleSC dismisses Kerala govt.’s SLP on Thiruvananthapuram airport
Next articleMallikarjun Kharge new president of Congress