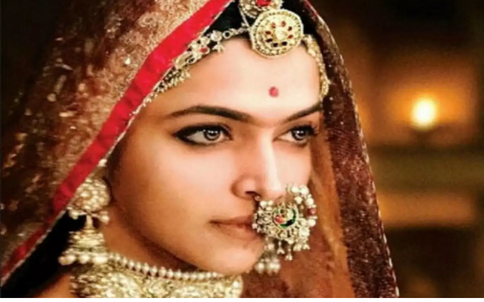 The queen of Chitorgarh, Rani Padmavati, also known as Padmini, an astounding beauty, has evoked a controversy today. Some historians say that she is a mythical character but the same people believe that Allauddin Khilji who attacked her kingdom to capture her was real and lived in the 13th century. The folklore of Rajputs is that she jumped into fire along with 16,000 followers whose husbands were also killed in the war with Khilji. Her sacrifice to safe guard her honour made her a deity of Rajputs. All over the world folklore and oral traditions of ancient days are respected and accepted to be true in respective societies.

The film Padmavati is the tip of the iceberg of an ongoing onslaught on Hinduism to destroy its roots. Lord McCauley in his letter to the British royalty sought permission to destroy Hindu culture to gain hold on Indian minds. Russian Communists studied the causes of existence of Hinduism for thousands of years without support from any authority, without a prophet or without propaganda. (Peethas or gurus influenced only a negligible group of people).

Some intellectuals who belonged to other religions or believed in leftist ideology resorted to distort Hindu religious texts to lessen the strength of faith in the general public. Ramayana Visha Vruksham written by Ranganayakamma Muppalla is a case in point. Similarly NT Rama Rao, actor and Ex CM of AP, in a movie portrayed Keechaka, a womaniser who tried to molest Draupadi as one who did it only to expose Pandavas in disguise in the court of king Virat. Still such distortions of epics are ignored by tolerant Hindu public.

Padmavati who has been worshipped as a deity for about 700 years is now made a heroine of a bollywood film! If she were only a historical or a mythological figure nobody would have minded the cinematic rendering of the queen as in the case of “Jodha Akbar” a film by the same director. The makers of the film could not understand the difference between a historical figure and a deity as well as the responses and reactions they can evoke in the people, particularly Rajput community to which she belongs.

Some state governments banned the exhibition of the film. The apex court refused to interfere in the issue as there is another body, Central Board of Film Certification (CBFC) popularly known as Censor Board to judge it. Till recently Censor Boards have been ineffective in controlling excessive sexy and violent scenes in films and recently the entire Bollywood and media pounced upon the Ex-Chief of Censor Board, Mr Nihalani, saying that the Board is only a body to decide which certificate is to be given and that it has no right to reject certification to any film! Now after the change of Chief of the Board the same Bollywoood and media are saying that CBFC should judge and not Rajput community!

A recent parallel can be seen in Jallikattu of Tamilnadu. Animal lovers and Supreme Court objected to that tradition which hurts animals but the unity of Tamil people and support from actors, media made the system bow before the sentiments of people and Jllikattu was allowed. It is surprising that the same yardstick is not being applied in the case of Padmavati though several state governments banned the film and people from several states are expressing their sentiments against the exhibition of the film that hurts them deeply. That Jallikattu was a peaceful movement and that Karni Sena threatened to be violent should not cloud judgement on Padmavati.