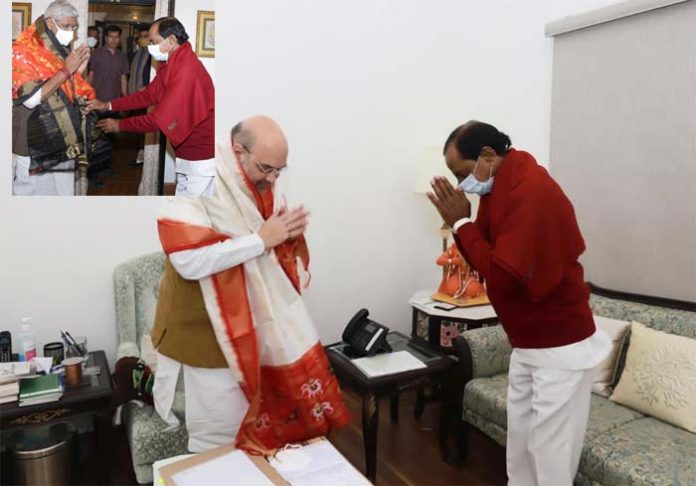 KCR urged Amit Shah to release Disaster Management Funds to the flood-affected Hyderabad. He had a 40-minute interaction with the Union Home Minister. He also requested Shah to act on State government’s request to grant Rs. 1,350 crore package to help overcome the devastation caused by the October floods that hit Hyderabad very badly.

The chief minister has requested Shekhawat to allow TS to increase the lifting capacity of Kaleswaram Project to be increased from 2 TMC to 3 TMC from River Godavari. In their hour-long meeting they discussed the status of other Telangana irrigation projects. The centre had recently put a condition through the Krishna Water Management Board that any project in Telangana and Andhra Pradesh can go ahead only after being cleared by the Board which is headed by Shekhawat.

Special Correspondent
Previous articleWhy protests? What is the logic?
Next articleA rapist awarded life imprisonment after death penalty for murder in a rare case