Ram Setu: More adventure and a younger hero would have been better 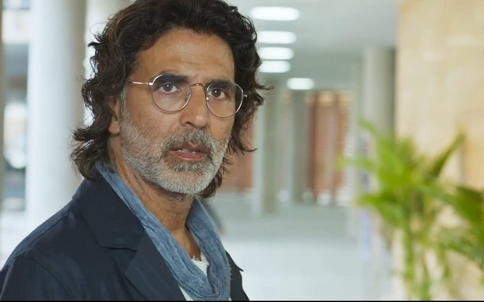 Before the pandemic entered our lives Akshay was easily one of the most bankable stars in the Hindi Film Industry. The actor had created a brand for himself as a kind of nationalistic hero. Akshay expertly juggled between doing films where he saves the day and also slapstick comedies like the Housefull franchise. Raj Mehta’s Good news was an exception as Akshay’s Varun Batra was an elitist jerk. But since pandemic a lot has changed and Akshay’s brand of cinema has stopped working for people. Bachchan Pandey, Bell Bottom and Samrat Prithviraj are examples of this. Yes, Sooryavanshi was a big hit in 2021 but the film immensely benefited from the timing of its release and also from Rohit Shetty’s fan base.

Also read Thank God: A fantasy ride that you won’t mind hopping on

2022 has been particularly a bad year for Akshay as nothing has worked for the actor. Ram Setu directed by Abhishek Sharma is similar to Nikhil’s Kartikeya 2. Both deal with important mythological characters. Kartikeya 2 was about the existence of Dwaraka and the historicity of Lord Krishna. Ram Setu on the other hand is about Lord Ram and the debate surrounding the bridge of Ram Setu. The film Ram Setu has an interesting premise which could have resulted in a complete edge of the seat thriller but the film doesn’t completely live up to its promise.

Ram Setu revolves around an atheist archaeologist Aryan Kulshrestha (Akshay Kumar). Aryan has been entrusted with the job of disproving the mythological origins of Ram Setu, the bridge between India and Sri Lanka described in Valmiki’s Ramayana. However upon further research Aryan comes to the conclusion that the structure may be actually man- made, implying that Lord Rama may be a historical person after all. Nushrratt Bharuccha plays Akshay’s wife. She is a strong believer in god from the start. Dr Sandra (Jacqueline Fernandez) is an environmental scientist. Senior actor Nassar plays the corrupt businessman. Last but not the least Satyadev plays the Lankan guide AP. He has a mysterious background which we don’t know till the end. This is the story in a nutshell.

Ram Setu works best when we see all the three protagonists in the thick of action. The scenes of Akshay and Co searching for historical evidence keeps you involved. You are curious to know about how Aryan changes from an atheist to a believer and how he will save the bridge.

The scenes which I particularly liked were the ones when the team goes on a trail to find Ravan’s Lanka. They have a certain thrill.

Special mention must also be made of the stunning underwater sequences. Director Abhishek Sharma does a wonderful job in capturing the grandeur of Ram Setu under the Indian Ocean. These shots look straight out of a Discovery documentary.

What also helps Ram Setu are the scenes of Satyadev with Akshay Kumar. Satyadev brings in the much needed energy with his charm and adds a layer of intrigue. He also generates some humor with his poked faced comedy.

Both the cinematography and the production design are also a treat to watch. They give a grand feel which adds to your viewing experience.

What pulls down Ram Setu is the casting of the protagonist. Akshay Kumar as the archeologist is a mixed bag. He is good as the atheist but becomes less interesting as the believer. One reason for that is we have seen Akshay do this in the past too. Also you get the feeling that a younger actor like Karthik Aryan who is light on his feet would have been better. This becomes even more apparent whenever the scenes of Akshay and Nushrratt come up. The significant age gap coupled with their inability to generate any warmth is a major put off.

We also don’t understand why Jacqueline Fernandez was cast as an environmental scientist. She looks beautiful as always but there is nothing that she does, except for mouthing some scientific terms.

The climax in the courtroom is way too elongated. The message is hammered in instead of being organically integrated. By the time the court declares that Ram Setu shouldn’t be demolished you feel thoroughly exhausted. In Kartikeya 2 you cheer for Nikhil when he is successful in his adventure but here there is no feeling of euphoria, just tiredness. As a result the revelation of Satyadev’s identity in the end doesn’t give the necessary high.

Final word: Ram Setu is definitely the best Akshay starrer in the recent past but that is not enough for the film to sail through. Watch Ram Setu if you are interested in mythology or if you want to see how Satyadev fares in his Hindi debut.

Prabhatha Rigobertha
Rigobertha Prabhatha has been writing on movies, web series, books, etc. on social media platforms like Facebook for a few years. He has a YouTube channel "prabhathalovesmovies" in which he posts video reviews. "I have only two windows to my world - movies and books" reads it's tagline. He is a student of English literature and currently working as Content Writer at Pudami Publications based in Hyderabad.
Previous articleA festival goes global
Next articleA Glimpse of Ancient Indian History