Tellicherry on my mind 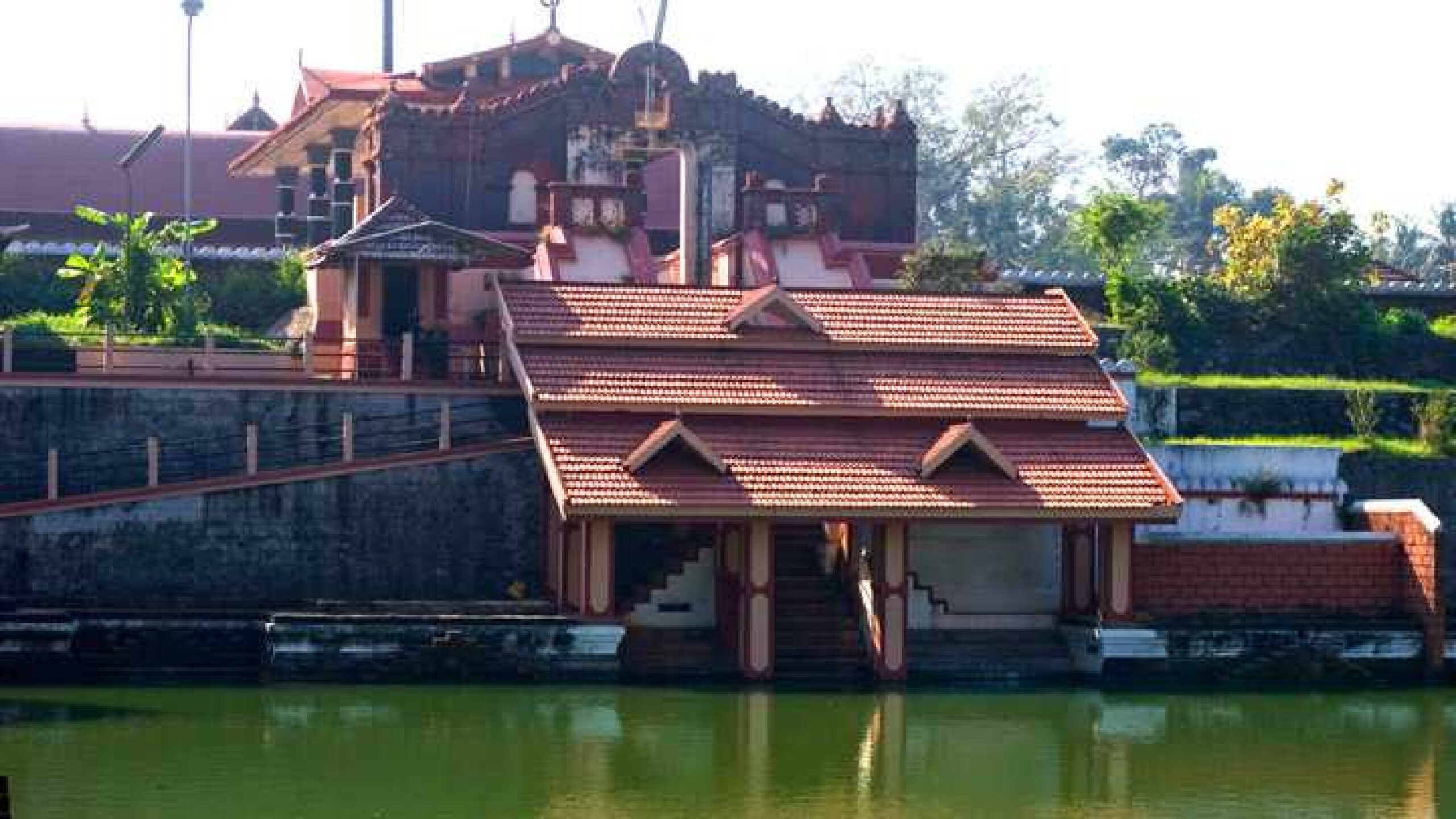 How many people will have heard of Tellicherry or Thalassery? Not quite sure but this little piece will, hopefully, help walk you through the few square kilometres that make the city. A walk with a difference! Why Tellicherry, you might ask?

For the uninitiated, Thalassery is a city in Kannur district on the coast of Kerala, 70 km north of Kozhikode with a small population of roughly 100,000 inside its municipal limits. The city’s historical significance and cultural importance are immense. It was once known as the Paris of Kerala because of the French military presence, before it was moved to Mahe for ease of doing business in spices and their transportation.

Tellicherry is also called ‘The Land of Three Cs’ (Cricket, Cake and Circus), an apt moniker for this quaint city. The average elevation is 36 ft, yet its terrain undulates between flat plain land and little hills such as Chetamkunnu, a suburb to the left as you head towards the city centre from Kannur. On the western flank, the suburb gently slopes on to a cliff overlooking the sea with the old road to Dharmadom and Kannur on the side of the cliff at an elevation. Down below the waves crash noisily on the rocks, certainly not something for the faint-hearted.

Tiruvangad is a lovely locality close to the centre of town and with the historic Sree Rama Swami temple. The Tiruvangad shrine is among the five temples – the other four at Thrinayamkudam (Vaikom), Triprayar, Thiruvilwamala and Kadalur – dedicated to Lord Rama in Kerala, the land of Theyyam and Kathakali. Not surprisingly it is ‘God’s Own Country’, a much-used sobriquet in tourism promotions. Kerala is full of temples, mosques and churches but it is also uniquely endowed with sacred groves that are not only religious symbols but also serve to protect pristine forests and green cover, and preserve the ecological balance and the environment.

The city has diverse places of worship. Odathil Palli, built nearly two centuries ago, is a beautiful mosque with a great architectural style on a piece of land purchased by a Muslim gentleman of some standing from the East India Company. Juma Masjid, built by Arab traders in the Indo-Saracenicstyle, is even older. Christian places of worship include the Catholic Rosary Church next to the fort and the English Church near the beach. These are among the more prominent ones.

It goes without saying that educational institutions of excellence are important. Thalassery has been fortunate in that it has always had good institutions, both schools and for higher learning. As early as the 16th century, the Portuguese established what was then called the European School and Catholic Middle School.  Today, it is known as St Joseph’s Higher Secondary School, its classrooms offering a panoramic view of the sea. The children couldn’t have asked for a more ideal setting for studying.

Dharmadom, on the city outskirts in the north, is home to the historic Brennen College that has been the Alma Mater of many a prominent Malayalee from Malabar. The Government Brennen College has played a key role in shaping higher education in North Kerala, and owes its birth to a Master attendant of Tellicherry Port, Edward Brennen, who left an endowment for a free school for boys, later upgraded to a full-fledged college and affiliated to Madras University in 1890.

Thalassery is where the modern-day Malayalam-English dictionary took shape, thanks to the German scholar-linguist-missionary, Dr Hermann Gundert. The dictionary was researched and written by Gundert with the help of local teachers.

Contributions by the noted Indologist, who was the grandfather of Nobel laureate Hermann Hesse, includes a book on Malayalam grammar Malayalabhaasha Vyakaranam in 1859, living in Dharmadom. Today, Gundert’s Bungalow, a modest house, is a museum that is drawing attention and interest. Born in Stuttgart, Germany, Gundert also launched the first Malayalam newspaper Rajyasamacharam in 1847 from Thalassery.

Krishna Menon, Krishna Iyer and many others

Famous people from Thalassery – in and around the city – include VK Krishna Menon, Justice Krishna Iyer, and authors O Chandu Menon and Moorkoth Kumaran, and the father of circus, Keeleri Kunjhikkannanamong a galaxy of others. And can one forget William Logan, a Scotsman whose work and research have contributed to a body of the most authentic literature on North Kerala? There are manymore famous people and not so well known too, but all contributing to making Thalassery what it is today.

If you’re on a visit, Thalassery pier has to be a must-see, although it is in a state of disrepair, and currently out of bounds for tourists and locals. The state of the pier is symptomatic of the rot in the system. Not too far from the pier is Thalassery Fort – built by the East India Company – and together with Kannur, Kozhikode (Calicut) and Kochi Mattancherri – sort of enforced British stranglehold on the important trade on the coast with the rest of the world.  The fort is a quaint little outpost worth a look from a historical perspective. Almost opposite is the cricket ground, the first in Kerala before Kochi and now Wayanad had built-up stadiums.  Interestingly, in a football crazy region, the Thalassery Cricket Club was established as early as 1830. So, it’s not without reason that one of Thalassery’s three ‘Cs’ evokes interest from cricket lovers and historians.

Visit you must the Paris restaurant that has catered for generations of Malabar people who swear by its biryani. The Thalassery biryani is special and is often the first thing that people talk about every time the place comes up in conversations. The biryani is prepared with a special rice Jeerakasala or Kaima, and its aroma is simply out of this world, something your olfactory system will remember for a long, long time.

The city is equally known for confectioneries and bakers – the second ‘C’. Jayabharathi bakery at the old bus halt seems to have been there from time immemorial. I heard about it from my mother. Together with its other outlet in the new bus stand, they do brisk business and the brand, literally, has become a household name. Synonymous with taste and quality, its eats go all the way to America, Middle East, and of course to different parts of India.  The banana chips, sweetened and salted, are a hot favourite, and so are the banana fritters if you care for some indulgence. These places have so much more to offer, including jackfruit-based chips deep fried in the essential coconut oil, and ‘ground rice’ and ‘til’ laddus. In keeping with the age-old Kerala culinary tradition, the goodness of coconut oil as a cooking medium, believed to contribute to boost ‘good cholesterol’, is widely propagated. Of course, coconut, whole cut or ground, is a must in very dish.

The third ‘C’ – Circus – has entertained generations in India with the performers’ acts of daredevilry, motorcycle stunts, flying trapeze, acrobatics, clowns and magic. Kamala Circus, Gemini and The Great Rayman Circus – you name it – all have their origins here.  Amar Circus continues to tour Indian towns and villages even today.

On the northern fringe of the city, at the confluence of Anjarakandi river as it drains into the Arabian Sea, is Dharmadom thuruth or island in Malayalam.  It was one of perhaps the only, or few, privately owned islands in India. It has passed into government hands and that is evident from its present state, the place is unkempt and wild. At low tide, tourists walk over to the island from the mainland beach. Another attraction is Kannur district’s famous mangrove forests. Standing on platform number one of Thalassery railway station, it is possible to see the mangrove. Running parallel to the Mumbai-Kanyakumari railway line, it extends south right up to the river road bridge of the Thalassery-Coorg-Bangalore highway. Further north in the district, there are mangrove forests in abundance on the banks of Valapatnam river and in Payannur, closer to Mangalore and the norther extremity of Kannur, on the leeward side of the Ezhimala mountain, which also nestles the Indian Naval Academy.

Thalassery is culturally vibrant and the place comes alive during the annual kaliyattam festival with a variety of theyyam performances. Each house or tharavad has a special kaliyattam mahotsavam withthe theyyamrepresenting their family god or dharma daivam.  To the tourist or visitor, theyyam may seem to be out of the world but it is taken with seriousness here, and with great devotion by one and all. Irrespective of caste, creed or religion, a village kaliyattam festival is attended by at least one member from every household and can go on for the entire night stretching into the wee hours of the morning. On special days there are fireworks,which is a huge draw, and loud beating of percussion instruments almost as if to drive away the evil spirits. In temples, priests dance to the rhythm of the instruments carrying the deity on their head in a ritual rarely seen except during utsavam and temple festivals.  The whole effect is magical and mystifying.

Any description of the city would be incomplete without the mention of the popular Sri Jagannath temple down south on the outer limits. It was consecrated by the Ezhava spiritual leader Sri Narayana Guru. The temple has been the cornerstone of Thalassery’s transformation and social and cultural reformation. Mahe, the erstwhile French colony within and surrounded by Kerala state, and part of the Union Territory of Pondicherry, is a few kilometres further down south across the Mayyazhi puzha, mind you the ‘z’ needs some practice of the tongue. Enroute to Mahe, a short stretch of the road and railway line runs parallel to the sea, barely a few metres away, striking the shore with all its might and force. It’s a sight to behold during the monsoons. And so is the roar of the Arabian Sea!

Mahe has its own charm and people from neighbouring Kannur district flock here in droves to satiate their thirst, for alcohol is cheap compared to the high taxes in Kerala state. As a tribute to a living legend and author, Mahe native Mukundan and his book On the Banks of the Mahe River, relax on the road bridge over Mayyazhi and simply watch tipplers stream out of the bars after a meal of fish and having imbibed spirits to their heart’s content. That’s how some people drive evil spirits away!

Shekhar Nambiar
Shekhar is a communications professional who has spent a good deal of time in international organizations and in the development sector. As he puts it, it's been an "exciting journey" for him, beginning his working life as a journalist, with some of the best editors and professionals, before venturing into public affairs and then forays in the private sector. He believes "every day brings new challenges, achievements and success, and the key is to play a small part in whatever it is that you're doing". He tries to keep pace with new tech, and learn a new word a day, of course, "Gen Z lingo!"
Previous articleNeeraj makes India proud, wins silver medal at World Athletics Championship
Next articleIndia clinches ODI series against West Indies 2-0